Posts tagged with "selling a property"

Half of 2020 is in the past and with this Covid thing, we are hoping that the second half goes way better than the first half.

We’re in the midst of summer. Hopefully with many more weeks of summer to come, we hope that the summer rays keep streaming down on us. 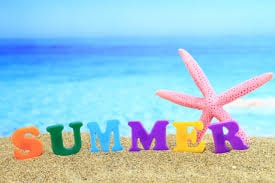 This is an interesting fact – There’s some evidence that people typically drive safer in problematic conditions, such as rain, snow, and fog, while more car crashes occur on bright sunny days with clear conditions. Following this logic on the road and applying it to the home, it’s important to not overlook or underestimate some of the challenges that present themselves in summer. Unlike many summer drivers, you don’t want to let your guard down on a seemingly innocent time.

Be aware of insects. We all know that mosquitoes are a common summertime nuisance, however some areas across the country will experience the return of cicadas and other types of bugs. For your home, make sure all entry points are secured so you don’t have any unwanted visitors from the great outdoors – and it will help you with your home efficiency!

Check that your HVAC and furnace are working properly, and all the filters are up to date. Pleasant room temperatures are often not on people’s minds and can be taken for granted in the summer unless a problem occurs. And a reminder for those with a deck or patio: make sure the structure is stable and well maintained. It’ll be getting a lot of use now!

Here are your top to-dos for summer:

● Take care of any insect problems you may have.

● Seal up your home.

● Check outdoor faucets for leaks. We don’t need that water bill any higher!

● Have your roof inspected.

● Clean and repair deck or patio as needed.

● Clean kitchen garburator. Just don’t stick your hand in it while it’s running!

● Inspect your fire extinguisher(s). Are they expired?

Have any other suggestions or questions? Call, text or email me — I’m always happy to help homeowners in our community.

January Residential Sales and Home Prices Move In Opposite Direction

2018 has started off to a solid start compared to the 2 previous years in Regina. (Personally I am saying not much of a change).

The Home Price Index reported a price of $279,400 down from $293,600 one year ago. The downward direction on prices is because of the over supply of properties and it’s pushing sellers to keep reducing their asking prices.

We have 1,133 active residential listings on the market at the end of January, over 20% increase from 2017.

The ratio of sales to new listings for the month was 30% (meaning only 30% of listings sold). Still a buyer’s market.  Condos make up almost 30% of the listings which is high.

Home renovations and upgrades are a smart way to add value to your home. Even simple repairs, regular maintenance, updating fixtures and appliances ensure your home stays in tip-top shape, maximizing not only its value but also its future marketability.

Here are a few areas to focus on:

Renovations that pay back
Kitchens and bathroom overhauls top the list of home improvements that yield the best return on investment. Fast and easy updates such as replacing fixtures, counter tops and resurfacing cabinets can go a long way in transforming these high-traffic areas with a fresh, modern appeal.

Add more space
Expanding your living space, such as finishing the basement, is an excellent value-add to your home and lifestyle, especially if you have a family looking for more room to play and grow.

Repurpose a room
Survey your home with an eye to converting rooms for new functionality. A home office is a great feature to have, and a revamp that still allows the flexibility of easily reverting the room back to its original purpose.

Take a green approach
If planning a home renovation, go green with energy-efficient options that promise a high return relative to cost. Today’s high-efficiency appliances, heating and cooling systems, lighting fixtures and even building materials such as insulation, can help reduce your household’s monthly overhead costs.

Preparing Your Home for the Home Inspection

PREPARING YOUR HOME FOR THE HOME INSPECTION 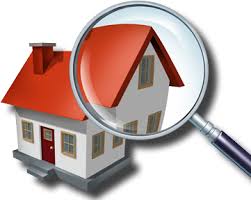 Every attempt should be made to ensure the inspector and buyer have full access to the home. By restricting the inspection, you are allowing the imagination of the buyer to conjure up any number of problems for the unknown area of the home whereas the true condition of the home is almost always less dramatic than what is imagined. Also a request by the buyer, after the initial inspection, to access the restricted area will often cause delays in removing the home inspection condition on the offer and additional expense to the buyer for the inspector to return to the home.

• Ensure the attic access is accessible If located in a closet, remove the contents and shelves in the closet. If the access is sealed shut, cut the seal, as the inspector will not damage any part of your home.

• Clear away contents in front of the electrical panel, furnace and water heater.

• Ensure the sump pit is accessible.

• If the appliances are included in the sale of the home, ensure the washer is empty as the inspector will not test this unit and risk damaging your clothes.

• If the home is vacant, ensure the water is turned on and the furnace/water are also operable. A home inspector will not operate water shut off valves or light pilot lights.

• Light the fireplace pilot light and test the unit. If the fireplace has not been operated in some time, disclose this to the buyer or hire a qualified contractor to service and start the fireplace.

• When the buyer is meeting with the inspector in the home, don’t be there. You want the buyer and inspector to be comfortable discussing all aspects of the home. Any questions that may arise during the inspection can be handled by the realtors after the inspection.

• When in doubt, ask your realtor. They are there to assist you in all areas of the sale of your home.

Thanks to Ryan Spriggs, owner and operator of Spriggs Inspection Inc. for providing this important information.

Avoid Bad Smells at Your Listings

Week after week, buyers turned up their noses during showings of the tidy bungalow. Their resistance was easy to pinpoint, but harder to address: the aroma from years of heavy cooking with curry was turning off buyers, and the sellers didn’t care.

Chocolate chip cookies, potpourri, gourmet foods, and other baked goods actually may be the worst scents for real estate open houses. Researchers studied 402 people in a home décor store in Switzerland to find the most pleasing scents for customers, and researchers say their findings also can be applied to real estate.

The most pleasing smells that study found were lemon, green tea, cedar, pine, basil, and vanilla.

Researchers say complex scents, like baked goods, can be a distraction to buyers. They’ll subconsciously be trying to figure out what the scent is rather than staying focused on the house. In contrast, researchers found that simple scents are easier to identify and so less distracting, which promotes buying.

The sellers agent tried delicately to explain to the sellers that buyers found the scent—which permeated the walls, floors, and furnishings—overwhelming. Still, the sellers refused to undertake a deep cleaning or change their cooking habits.

Their resistance cost the sellers time and money at the bargaining table. In an area where time on market was typically 10 days and bidding wars were the norm, the $629,000 home sat on the market for 35 days. The sellers dropped their listing price several times until it eventually sold for $575,000 in a short sale.

It’s not just food odors that turn buyers off. A 2013 study of Canadian home owners sponsored by Pfizer Canada found that smoking in a home could reduce the resale value by up to 29%. It is a fiduciary duty to talk with sellers about the effect odors can have on a home sale. In many cases, sellers simply don’t realize the impact, and most will be open to your suggestions about how to address the stench. Stagers can offer ideas about how to discuss this sensitive subject with clients as part of the overall strategy for prepping a home for sale. “Scent can be the strongest of our senses. It can make you form an instant impression.”

Here are ideas for countering offensive smells in your listings:

Don’t Mask. Treat. Live Meticulously When For Sale
Take out the trash after every meal.
Clean refrigerators often.
Change air filters regularly.
Do laundry regularly to avoid dirty clothing pileups.
Use the fan over the stove when cooking.
Avoid cooking strong-smelling foods like fish, broccoli, and garlic before showings.
Bathe pets regularly and clean bedding, toys, and litter boxes often.

Odor is caused by bacteria that attaches to ceilings, walls, carpets, and draperies. Common household offenders include pets, food, dirty laundry, mold, smoking residue, and air vents. Identify the source of the smell and eliminate it. The remedy is likely a professional deep cleaning or do-it-yourself nontoxic fogger that neutralizes odors. If you temporarily treat the air with sprays or plug-ins, the odor will resurface by your next showing.

Add New Smells Sparingly
While air fresheners in large doses may send a red flag that the seller is trying to mask something, they may be useful in moderation. After eliminating the source of smells, introduce subtle, simple scents. This may include laying fabric softener sheets between clothes stacked on closet shelves, placing lemon peels in the kitchen garbage disposal, or adding plug-ins near bathroom doors.

Until next time, smell you later! 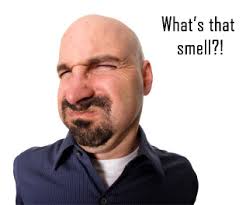