The Canadian Blood Services says that the need for blood is constant and ONLY 2% of Reginans donate, based on 2014 stats of 169,000 population. That’s awful! I know that some people can’t donate for various reasons, but there must be more than 2% of our population that CAN donate.

Check out www.blood.ca for all the info.

If you travelled to Zika affected countries, then check the website above for info. If you travelled outside of Canada, the continental U.S. and Europe, you must wait 21 days after returning home before donating blood.

One blood donation can potentially help 3 people. Five donors might be needed to save someone who has heart surgery.

It takes approximately 1 hour of your time and you can donate every 56 days. And they feed you with beverages and cookies.  You never know. It might be your friend or family that needs the blood someday.

Our son received a bursary of $500 from the Canadian Blood Services a few years ago when he attended culinary school in Vancouver. This was because he and I recruited a few people to make a blood donation and a few of my clients and friends did go donate.

Let me know if you do donate.  I’d like to congratulate you!

If you have never attended a show there, you should at least go one time. It’s a very unique idea, having theatre in the round, as they say.   All the seats are great because of the middle stage. 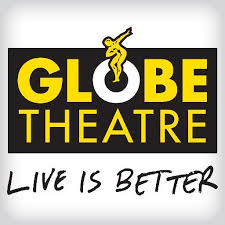 This is one of my pleasures, attending shows at Globe.  Located downtown, there are lots of restaurants nearby to visit before an evening show.  Parking can be interesting, sometimes we’re lucky and find a space on Scarth Street, sometimes we park on Victoria Avenue across from the Hotel Sask.  We’ve never tried the parkade in the Cornwall Centre, but that supposedly is an option that the Globe offers.

The present show called The Secret Mask is an excellent show about a 40+ year old man that hasn’t seen his dad since the dad left when the son was 2 years old.  The dad has had a stroke and needs some help.  The show made me laugh many times and sniffle with tears a couple of times.  It’s a wonderful 2 hours of entertainment.  I forget about the world in that small timeframe and get so immersed into the story.  One of my clients who I also consider a friend, was in the row right behind me and if Julian didn’t say Hi to me, I probably would not have noticed he was there.  That’s how focused I get with these shows (not the Shakespeare ones, those are not my thing).  You must treat yourself to one of Canada’s best live theatres!

Are you Feeling Lucky Punk?

That was a famous line of Clint Eastwood’s right?

Well an appropriate start to how sales in real estate can go.  Let me tell you about one example in Regina.

Then it had some updates to flooring, lights, counters and furnace and sold again in June of 2012, just a little over 1 year later, for $573,000.  Yay for these sellers too.

Was one seller smarter than the other? Not necessarily.  Sometimes we have to move, sometimes we want to move, whatever the reasons, we move.

Sales and average selling prices increase in Feb for 1st time in months.

The HPI (home price index) slightly increased too.  It measures residential price trends based on 4 benchmark home types and is considered a more accurate measure of housing price trends than average or median price.  The HPI price of $281,700 is up a bit from $281,400 in Feb. 2015.

Spring is usually a noticeable ramp up in market activity.

CREA (Canadian Real Estate Association) raised its outlook for home sales this year, as Vancouver and Toronto markets charge ahead of expectations in contrast to other cities.  They are expecting sales this year to grow by 1% instead of the earlier expectation of decreasing by 1.1%.

Today I was very fortunate to listen to a talk given by Mike Linehan the RBC National Head of Mortgage Specialists.

I’m not a financial guru and to tell the truth when I heard that the talk was going to be about financial stuff, well snore!!

BUT if I ever have a chance to hear this fellow again, I will jump over small plants to hear him speak (I’m short, so I can’t jump too high).

He made financial stuff interesting and talked to us in a very down to earth manner, plus he had some fun stories to tell also.

Toronto has about 6 million people and a shortage of listings.
In Vancouver they are building 365 sq ft units/houses. Yikes.
In Saskatchewan, our homes are still affordable, the market has softened but not spiraled.
Saskatchewan is resiliant/stable.

Mike said that Maritimers like to say that they are the friendliest Canadians, but he leans towards Saskatchewanians. For example, Mike and his wife have 4 daughters and like most kids, one of them phoned him up and only gave him 24 hours notice to get a truck and come help her move from BC to Winnipeg. So being the great dad he is, he got the truck, packed up his daughter and her stuff and they were soon on their way to Winnipeg. (I remember a funny commercial about “going to Winnipeg”). Anyways they left Saskatoon and I’m sure Mike had a lot of things on his mind, but filling up with gas wasn’t one of those things. So they luckily coasted in on fumes into Allan, Saskatchewan on a Sunday morning. Well, as Mike said, “what’s closed on a Sunday in Allan, Saskatchewan? Everything!”

So there they were, in the parking lot of the Coop store/gas pumps and his daughter was having a meltdown because she had to be at her destination and working the very next morning and now they would have to wait 4 hours before the place opened, if it opened at all! Oh the stress!

Well as Mike paced around the parking lot, a farmer came by in his tractor and asked what was wrong. Mike explained the situation and what else would you expect from a person in Saskatchewan? The farmer pulled out his card for the gas cardlock and filled up their vehicle with gas. And it took a full 10 minutes for Mike to convince this kind gentleman to accept the money for the gas. Now THAT is what we in Saskatchewan are made of!

Getting back to the work stuff – We have to work harder for the money than before. The money is there. And aren’t Saskatchewan people known for being hard workers? That’s how my parents brought me up.

Did you know that the Royal Bank is the largest bank in Canada and rated the most trustworthy. No surprises there.

Because the guests at this luncheon were realtors and builders, Mike explained that “we’re alone together.” He and the Royal Bank understand that we get up unemployed every day.

We are in an era with fin tech meaning financial technology. There is disruption when we change things. And unfortunately sometimes human beings are replaced by machines. That is a fact and he stated that if organizations want to increase their technology and put people unemployed, then they should pay more taxes.

Did you know that 1/3 of Saskatchewan people are Royal Bank clients? And people tend to move every 3 years?

Pauline Relkey, REALTY EXECUTIVES Diversified Realty
355 Broad Street, Regina, Saskatchewan S4R 1X2
Tel: 306.536.6545 Fax: 306-779-3001 Email: Click Here
© Copyright 2021, Real Estate Websites by Redman Technologies Inc. | Privacy Policy | Sitemap
The data included on this website is deemed to be reliable, but is not guaranteed to be accurate by the Association of Saskatchewan REALTORS®.
MLS®, Multiple Listing Service®, and the associated logos are all registered certification marks owned by CREA and are used to identify real estate services provided by brokers and salespersons who are members of CREA. The trademarks REALTOR®, REALTORS® and the REALTOR® logo are controlled by The Canadian Real Estate Association (CREA) and identify real estate professionals who are members of CREA. Used under license.