Mon, 27 Apr by Pauline Relkey
A female real estate agent who was kidnapped and held at gunpoint by a man while showing a model home in Sacramento County, California was released frightened but unharmed.

The man pulled out a gun while touring the home, handcuffed and threatened the agent and then let her go before driving off, Chris Trim, public information officer at the Elk Grove Police Department, told Inman.

The woman then flagged down a security guard driving through the area and was taken to a nearby store, where she contacted police Thursday afternoon, The Sacramento Bee reported.

“Obviously, it was a traumatic experience, but physically she’s fine,” Trim said about the woman.

On Thursday, investigators were at the home, which is being treated as a crime scene, The Sacramento Bee said.

The agent was showing a model home in a new development called “Fireside at Madeira,” which is being built by KB Homes, according to FOX40 News.

KB Homes did not immediately respond to a request for comment, but told FOX40 News in a statement that “the safety and well-being of our homeowners and employees is extremely important” to the company, and that “we applaud the onsite security for acting quickly and we will continue to work with law enforcement to aid in their investigation.”

Trulia’s listing page on the development rates all the nearby schools as at least “above-average,” and hands the area a crime grade of “lowest.”

Among them: Make sure people know where you’re shopping and don’t shop by yourself.

“That same logic would carry over to” showing homes to a stranger, he said.

“You know just kind of common-sense things,” he added. “I would think that agents and broker companies would have at least two employees working to make sure there was some type of emergency protocol in place if there was a situation where they were confronted.”

News of the incident comes in the wake of the kidnapping and slaying of Beverly Carter, who was also apparently abducted while showing a home by herself.

Her death has sparked calls for real estate agents to adopt stricter safety precautions and even inspired some to enroll in self-defense classes.

So remember people, if I want to see your drivers license, humor me.

Why Your Property Should Be Furnished When Selling

Imagine it’s Oscar night. A movie star is wearing a gorgeous designer gown but decides she doesn’t need to do anything with her hair or makeup. Does everyone talk about the incredible gown? No way! All they can remember is how unfinished and horrible she looked inside the gown!

1. People don’t buy houses, they buy homes they can picture themselves in. They want to feel like it’s move in ready.  Move in Friday, take the weekend to unpack and organize then back to work on Monday.

2. It is difficult to understand the size of a room when there’s nothing in it to use as a reference point.  Will my table fit? Is my king size bed ok for the master bedroom?

3. Only 10% of people can visualize what furniture may look like in a home, 90% can’t. Since they can’t visualize how furniture will fit in an empty space and if they’re unsure, they don’t buy.

4. Prospective buyers focus on negative details when a room is empty, instead of falling in love with the overall space.  Think of this as looking in the bathroom mirror when you are naked.  All you see are your flaws and nothing positive.  All that buyers can think about are things like, “What is that little divot in the drywall? I don’t like the colour on the wall.  Why doesn’t the closet have shelves? Why doesn’t that moulding fit perfectly? Why is the light switch on that side of the wall?

5. Prospective buyers can get distracted from paying attention to the property when even a few rooms are empty and can’t shift their focus to being home owners.  Instead of focusing on whether this is the home for them, they may be busy wondering: Is this a divorce? Have they left town? Are they selling because they have money problems? This train of thought can then prompt buyers to starting thinking, “maybe I can put in a low ball offer since the seller might be desperate.” Definitely not the picture you are trying to paint as a seller.

Packaging a home to show off its best features and downplay the flaws is what home staging is about. You attract and romance the most buyers and entice them into making an emotional connection with your house.  Bringing in some furnishings and accessories and knowing where and how to place them will add character and warmth to the home.  Even if your home is furnished, a home stager can help by moving some of your furniture and accessories around plus adding some of hers to just give your home that perfect touch.  It is proven that these final details will translate into a higher return on your investment. 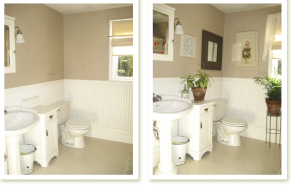 Higher than normal levels of homes listed on the market.

Listings up 6% and expected to rise moderately in the next few months.

Maybe a 2% increase in 2015 average residentail sale price in Regina.

Spring cleaning is a great time to make some eco-friendly changes around the house. Mother Nature will thank you.

Here are a few ways to green your home for lasting impact:

Conserve water
Fix leaky faucets and toilets and consider installing low-flow shower heads and toilets that use half the water. (Personal note – when we had the old toilets, they lasted for years.  We replaced our toilets with the low flush ones and within 5 years, we have to replace a part that’s leaking! Some days you just can’t win).

Shed new light
Replace incandescent bulbs with compact fluorescent lightbulbs (CFLs) that use about 75 percent less energy and last up to 10 times longer. (Personal note – those slow brightening bulbs drive me crazy, too slow for my taste).

Power down
Plug electronics into a power bar that can be easily switched off when the electronics are not in use.

Power up
Invest in rechargeable batteries that offer a longer lifespan and better cost savings over time compared to regular disposable batteries. (I’m still guilty of using these).

Clean green
Shop for environmentally friendly cleaning materials or, better yet, make your own using simple ingredients such as water, baking soda, vinegar, and lemon juice.

Save paper
Arrange for e-bills, online banking and automatic debits to reduce paper mailings and help ensure payments are made on time (done). 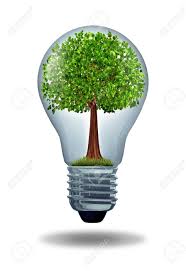 Pauline Relkey, REALTY EXECUTIVES Diversified Realty
355 Broad Street, Regina, Saskatchewan S4R 1X2
Tel: 306.536.6545 Fax: 306-779-3001 Email: Click Here
© Copyright 2020, Real Estate Websites by Redman Technologies Inc. | Privacy Policy | Sitemap
The data included on this website is deemed to be reliable, but is not guaranteed to be accurate by the Association of Saskatchewan REALTORS®. The trademarks REALTOR®, REALTORS® and the REALTOR® logo are controlled by The Canadian Real Estate Association (CREA) and identify real estate professionals who are members of CREA. Used under license.